Here you will find exhibitions and events that presented my scientific artworks. 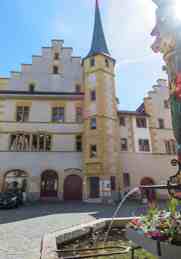 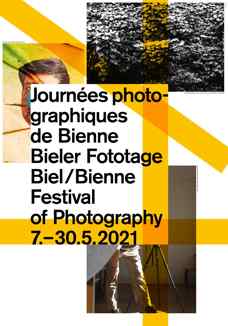 After two of my visualizations got shortlisted for the Audience Award 2017-2021, I received the award for the neocortical forest image and this image (as well as other visualizations) were presented at the Festival of Photography in a picturesque building dedicated to the SNF Image Competition. 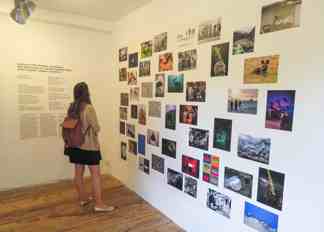 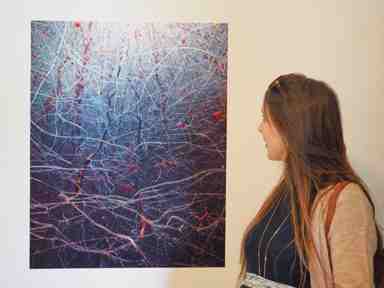 I was honored to be requested by the Human Brain Project to present novel mural artworks made with neuroscientific data at this exhibition in November 2019. The opening was made by vice minister Hans-Peter Friedrich and several state representatives. The whole ground floor of Paul-Löbe-Haus building was dedicated to this exhibition.

Read the article published about this exhibition here. 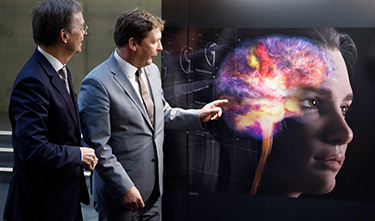 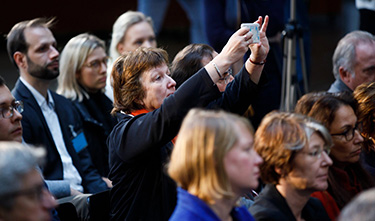 A detail of the mural of the temporal lobe. 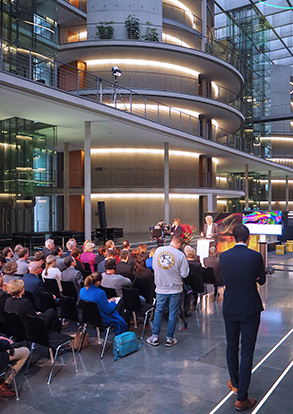 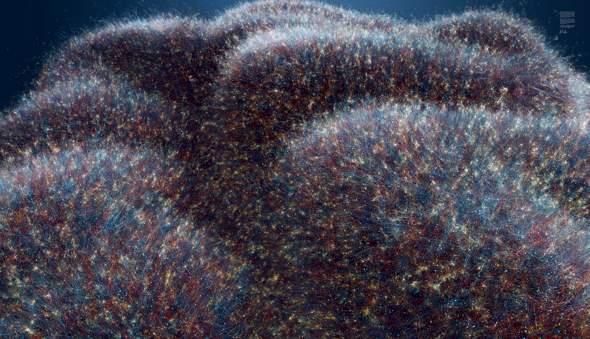 A reconstruction of the first large-scale digital circuit of human neurons in the temporal lobe. 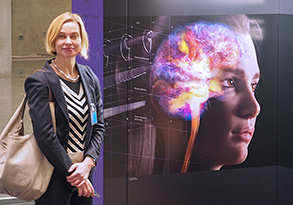 Professor Petra Ritter, director of the Brain Simulation section next to the Virtual Brain artwork I made. "I really like this artwork and I use it a lot to demonstrate that our research involves advanced mathematics and that neuroscience at that scale goes beyond reading EEG signals." 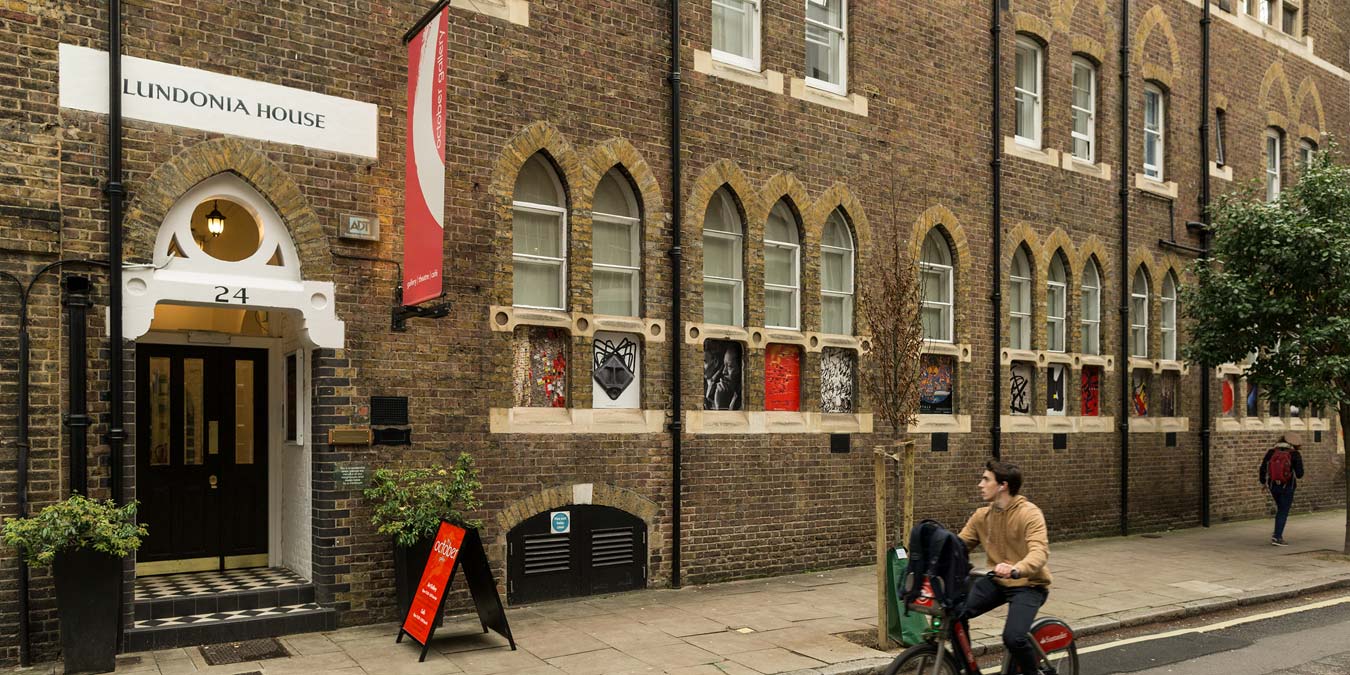 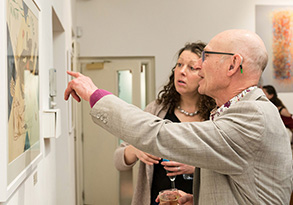 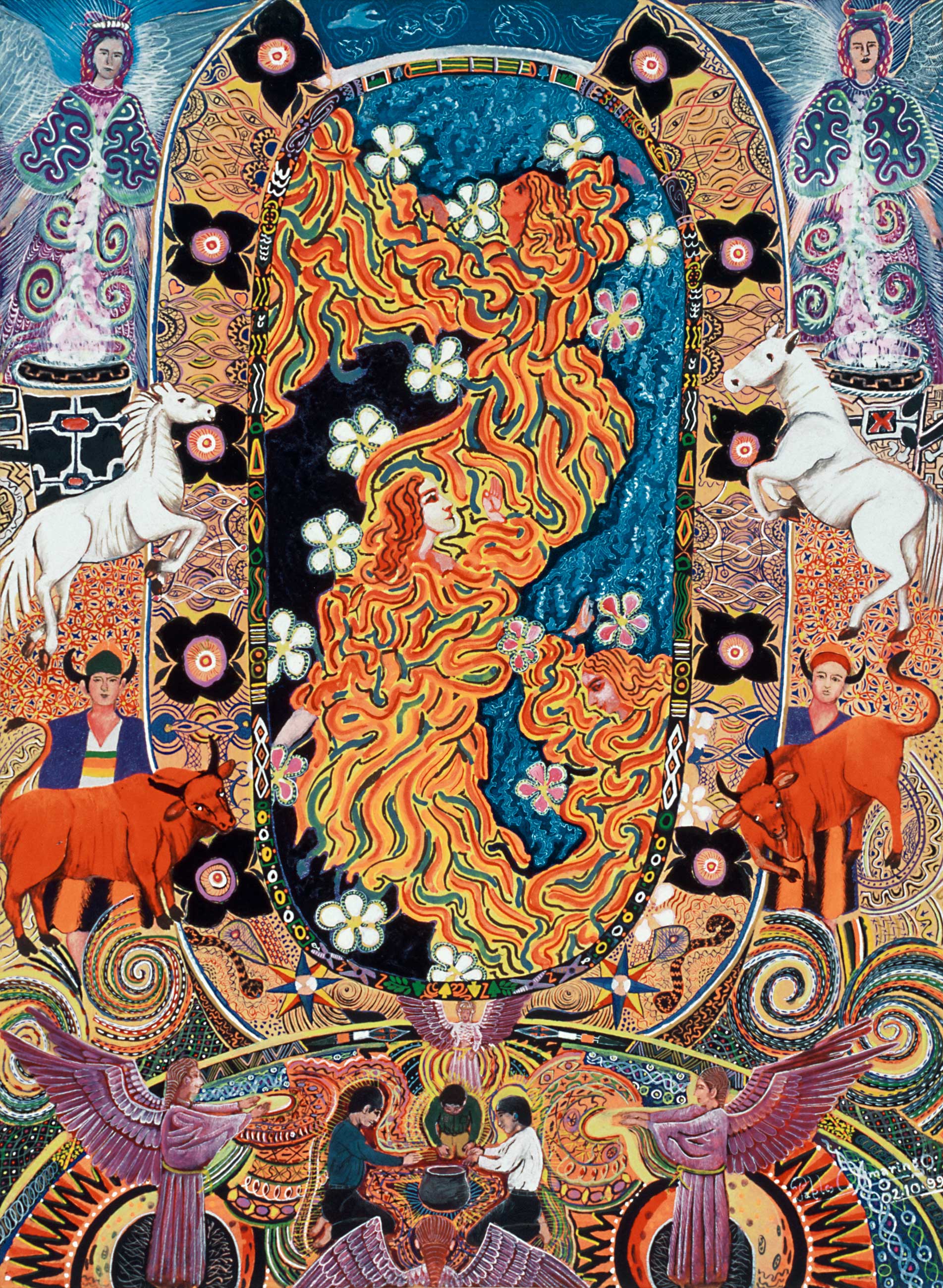 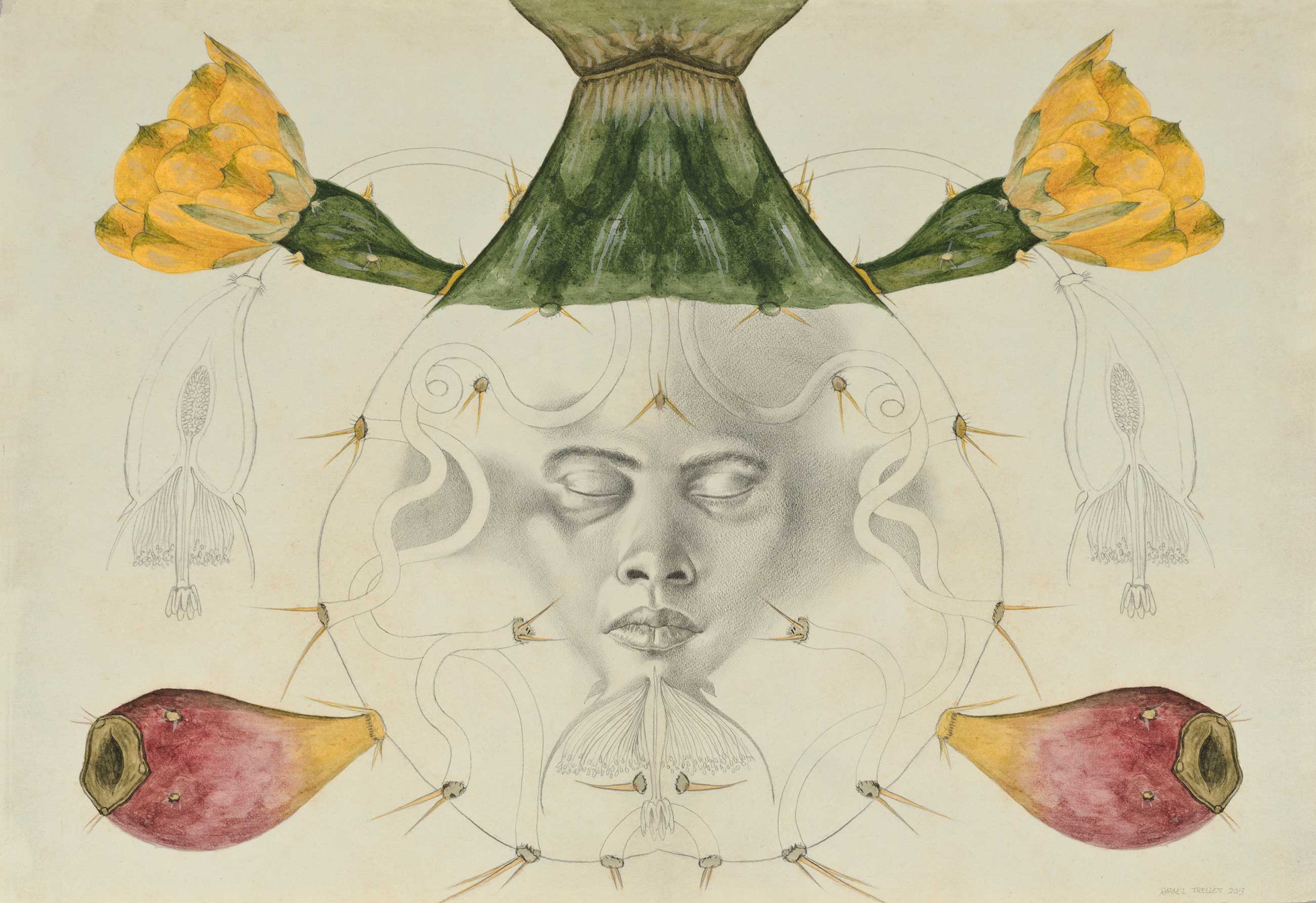 Some of the other artworks featured there. 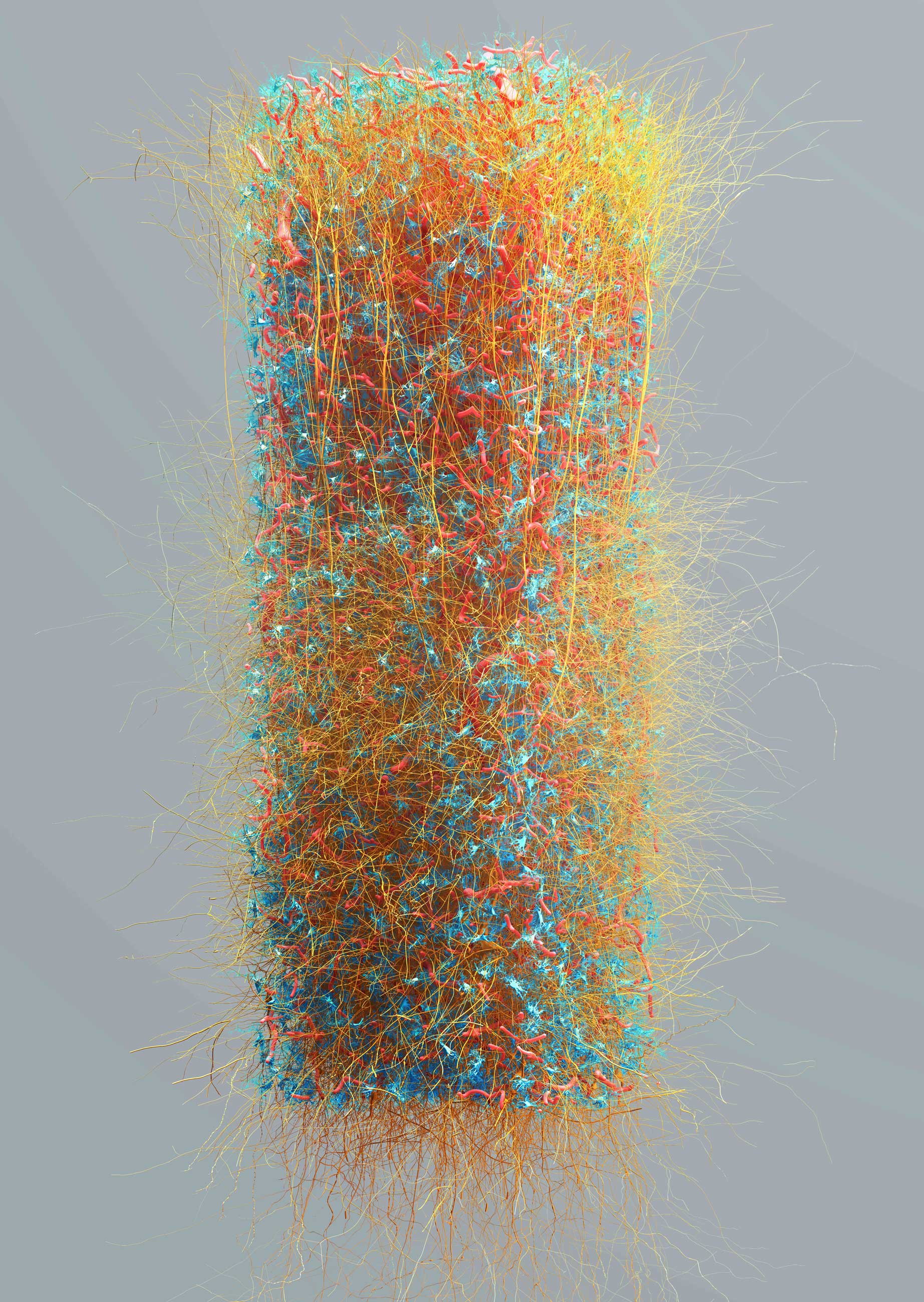 "Digital Vistas Illuminate the Complexity of the Mind"

For this exhibition, October Gallery in London selected my illustration of NGV [Neuro-Glia-Vasculature, an important triad in the brain] and a short video of neural simulation that I designed together with the Visualization team at BBP.

More details about this event on October Gallery website and on artrabbit.com

Want to know more about my artwork? Read details here. 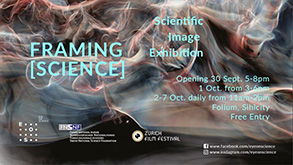 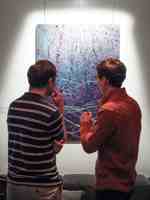 My artwork at the exhibition

I was invited to show my artwork Inside the neocortical forest at this exhibition in Zürich. The artwork was selected from the SNSF image competition 2017.

Link to the page of the event.

Direct contribution in the making of the below exhibitions.

Blue Brain Project's visual communication at Planète Santé was almost entirely based on the scientific illustrations and the 5 minutes long movie I created.

The art gallery with large illustrations and the short Blue Brain movie I designed were a huge success, we got the written opinions of many visitors and all were impressed by the scientific illustrations.

The staff and I gave tours and as many detailed explanations as people wanted. Unexpectedly, the attention span of the visitors – from young to elderly – was very long. They were as enthusiastic as I am about the inner workings of the brain!

I had many rich discussions. People were not afraid of getting into details – when presented properly – and I find this curiosity very positive. 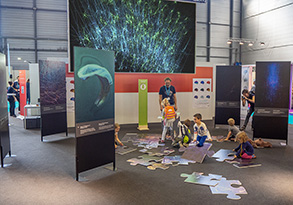 When grown-ups weren't in the art gallery, kids had so much fun with the giant puzzle! 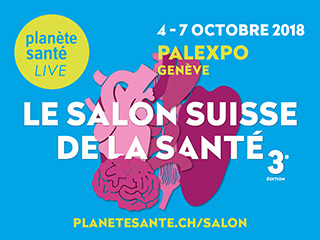 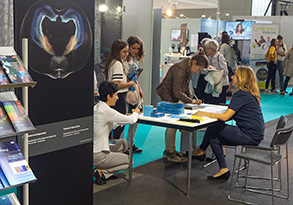 More than 10% of the visitors left their opinion with lots of praises for the illustrations. The 21 large illustrations I designed were revealed to the public for the first time in a guided tour during Nuit des Musées 2017, Geneva.

In a few hours, there were over 500 visitors. Since then, the illustrations are on permanent show within BBP building in Campus Biotech.

Co-direction of the exhibition with graphic designer Sonia Garcês. 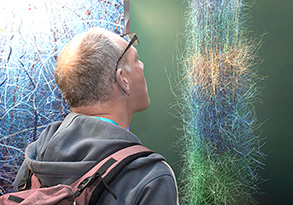 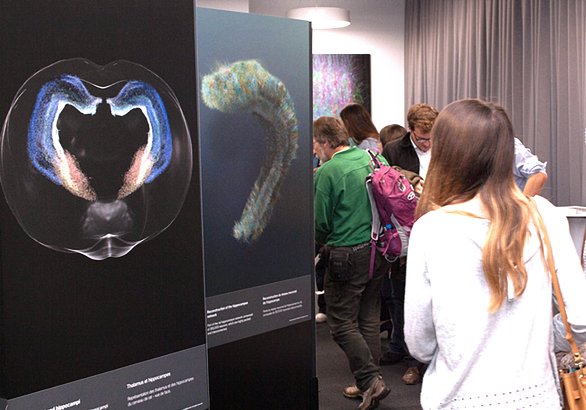 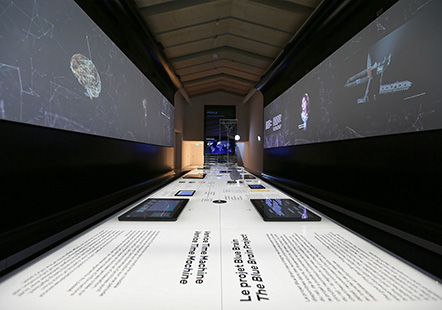 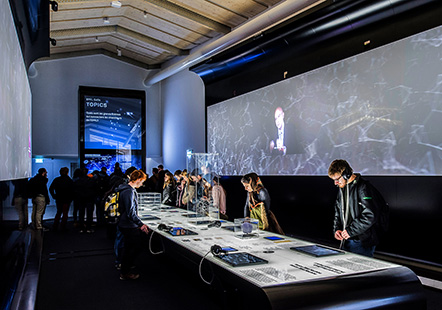 This is a joint exhibition on "big data" with Venice Time Machine and Blue Brain Project. For the latter, I directed the scientific content and the art for this first large public exhibition of BBP on EPFL campus in Art Lab.

Roles: jury member, management and coordination with the external agency, storyline definition, visual content design and production. All contributions are listed on the wall at the entrance. This exhibition was open from 2016 to 2019. 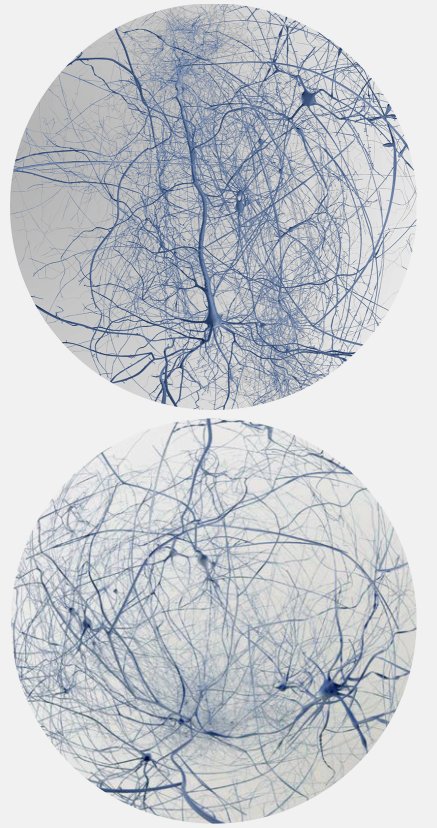 Neurons for a dome VR

Production of a neuronal visualization “From the tuft to the soma” for a large dome – 9m in diameter – in Groningen, Netherlands.

This was a collaboration with visualisation engineer Grigori Chevtchenko. 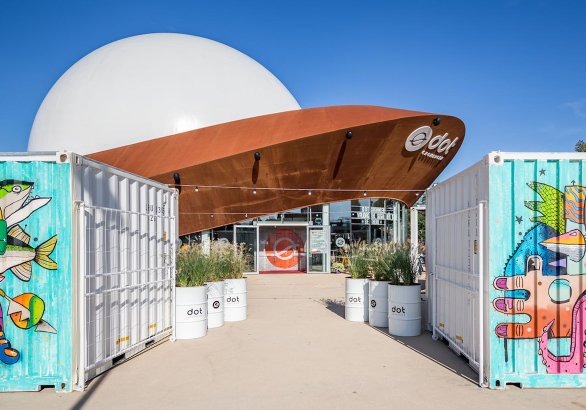 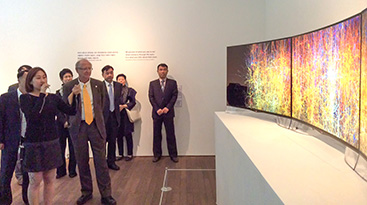 Presentation of HBP activities and research with visualizations of neural activity in the brain of rodents.

Unless indicated otherwise, all images are copyrighted to Nicolas Antille © 2016-2020. All rights reserved.